This month I took part in four daily Twitter games; #AuthorConfession, #WIPjoy, #MythWorldWIP, #RWWChallenge. So, as per previous months, here are my answers in full. 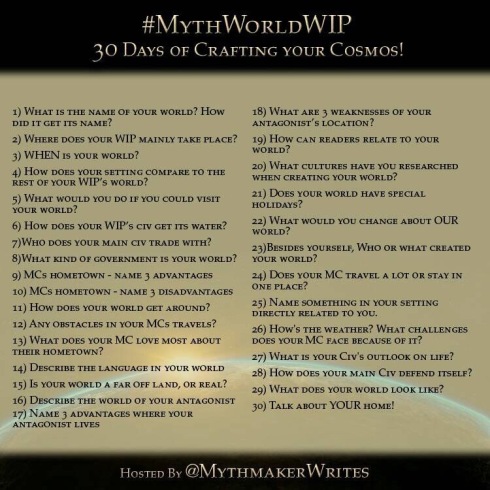 Since House In Exile is set in the (mostly) real world so I wasn’t sure how fitting my answers for this would be but I decided I’d try anyways.

One thought on “April Games”